Amazing React Native Tools For Your Next Project 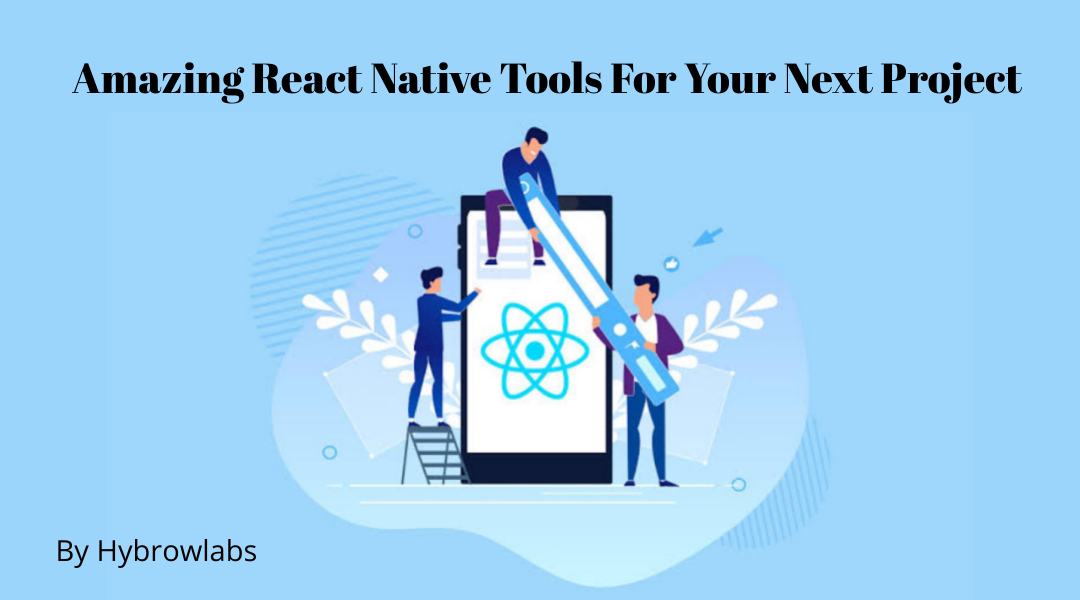 Recently, React Native has become a well-known development framework for creating a cross-platform mobile application for both android and IOS. Unlike other competing frameworks, React Native allows the developer to create a native-like application using only JavaScript.

React Native has a plus point that makes it attractive for every developer. In addition, there are several effective tools available that help React Native development become easier and more fast-paced.

Let's look at twelve of the React Native tools that will make any project a success.

There are a number of reasons developers might choose React Native:

Performance is one of the most important intentions for any developer because it directly affects the user experience. React Native is known for its high performance, which means that any user is less likely to experience any lag or delays when using an app that is built with this tool.

Ease of use is also an important consideration for any development team. React Native is designed to be simple and easy to use, which makes it a choice for all those who are new to this type of development. Overall, React Native is an extensible tool that can be used to build a variety of different applications entirely.

Top 12 Tools that are Required For React Native Development

This is used for watching for changes in your files and triggering rebuilds when necessary.

Android SDK is a software development kit that enables you to develop Android apps. It includes a debugger, libraries, a handset emulator based on QEMU, documentation, sample code, and tutorials.

This is used for developing iOS apps. If you're looking to develop iOS apps, you'll need to use Xcode. Xcode is a powerful IDE (Integrated Development Environment) that enables developers to create amazing apps for Apple products. In order to use Xcode, you'll need to be a member of the Apple Developer Program.

This is used for creating an Android emulator and installation is pretty simple. It is straight forward I guess because of the none open source requirement to generate SDK.

This is used for code editing and is pretty similar to VS code and is sufficient for react native development. But to also handle iOS and Android platforms its platform-specific IDE should also be installed.

This is required in order to build the app and deploy it over a device like Genymotion, without having to install any third-party libraries or dependencies.

This is used for coding the front end. Sublime Text is a cross-platform code editor that supports Windows, macOS, and Linux. It has a sleek and minimalist user interface that is easy to use. Sublime Text is also highly customizable, so you can change the theme, color scheme, font size, and other settings to suit your preferences.

For React Native developers, using ESLint is a great way to keep their code clean and error-free. There are a few different ways to set up ESLint for React Native projects. The easiest way is to use the React Native CLI, which will configure everything for you. However, if you're using a different build system or you want more control over your ESLint configuration, you can also manually set up ESLint.

If you're looking for a JavaScript testing library that works well with React Native, then you should definitely check out Jest. Jest is a popular open-source library that makes testing React Native apps a breeze. With its simple API and easy-to-use syntax, Jest is a great choice for both experienced developers and beginners alike.

Is React Native Still Relevant In 2023?

React Native has been around for some time now and has gained a lot of popularity among professionals across the globe. But with new innovations emerging all the time, it's fair to wonder whether React Native will still be relevant in the years to come.

According to statistics from recent years, React Native is one of the most required JavaScript frameworks currently in use, with over 50% of development teams using it for their projects. This popularity is only increasing, with React Native being used by major companies such as Meta, Airbnb, Instagram, and Tesla.

Which Big Companies Use React Native?

React Native is a new tech update for many people in the technology industry, even when several big tech giants have made their software with React Native. Although this technology was once treated as a new fish in the ocean now we can clearly see that opinion changing due to famous names using this technology which include:

There are other companies and brands which also work on React Native from time to time and have shown exponential growth with the use of this technology. As this innovation grows, many new businesses will be using it as well. It also offers several benefits to developers which include using code again and again in the future as well. This means that developers can create one codebase that can be used on both iOS and Android devices.

Does React Native Have A Future?

We have heard recently that React Native has got some competition in the market which is likely very different in their base nature yet people get confused when they hear about such technologies. These include technologies like Flutter which has gained some names from time to time. However, with the rise of the new framework Flutter, some people are wondering if React Native has a future.

There are a few reasons why React Native has been so successful.

First, it allows any programmer to develop an app with Javascript. This means that developers who are already familiar with JavaScript can easily get started with React Native.

React Native also has a large and active community that has created many resources, such as libraries, tools, and guides for students and the young crowds who wish to learn Native.

However, there are also a few stumbling stones in React Native that can make people sigh from time to time.

The first point would be the debugging issue that many people face while they try to debug any Native App. Some people try to complain about the syntax is extremely complicated as well but that is something that changes from different perspectives.

Overall, React Native is a great option for developing mobile apps. However, it is important to keep in mind that there are other options available, such as Flutter. It is optimal to consider competitive options to determine the best tool for your project.

React has been in news and why not, as we can clearly see the simplicity and functionality of this technology are supreme. In fact, it is only going to generate more views as time goes on and many people would love to work in this environment. This is good news for people who like to work in this field since as a result, they would be able to fetch better opportunities in the future.

There are also a lot of great tools available for React developers to use on their next project. So if you’re looking for a new development tool to try, React should definitely be on your list.