Flutter Vs. React Native: Which Will Triumph in the End

The battle of cross-platform mobile development frameworks has been happening for some time. With so many different options, it can be hard to know which one is right for your project in the long run. 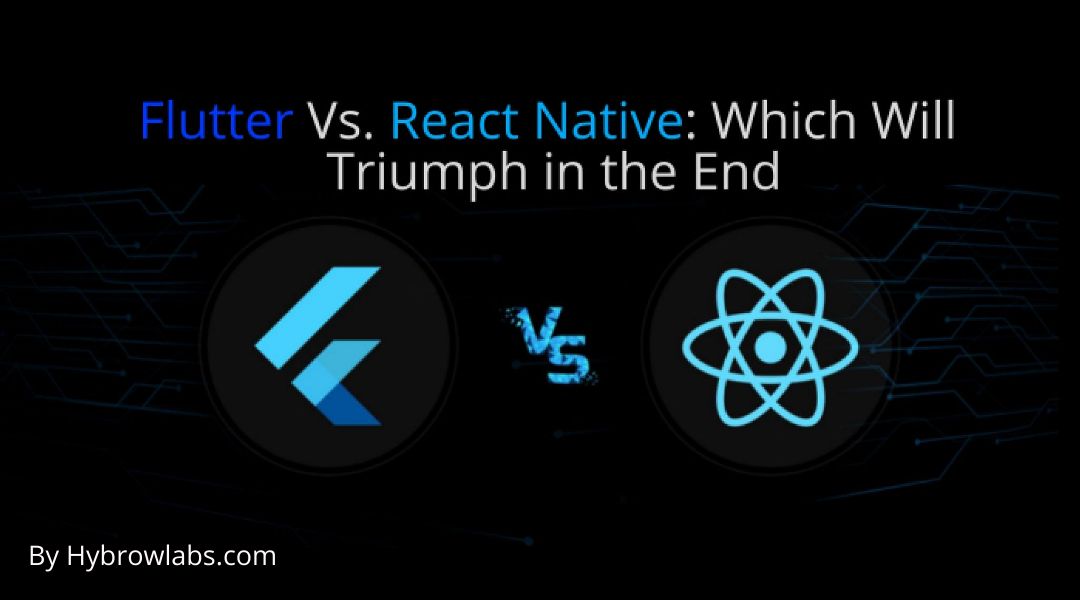 The battle of cross-platform mobile development frameworks has been happening for some time now. With so many different options, it can be hard to know which one is right for the project in the long run.

In this blog post, we’ll compare two of the most popular mobile development frameworks, Flutter and React Native, to determine which one amongst both of them will ultimately triumph in the end. We’ll look at their differences, advantages, and disadvantages to help decide which one is best suited for your project. So, let’s dive into the debate to find out which of these two will be crowned the champion.

Flutter is an open-source, cross-platform mobile app development framework developed by Google in 2017. It uses a single codebase written in Dart, a programming language created by Google, which gives the power to every user to gain complete access in developing applications for iOS and Android devices easily.

Flutter uses the same basic user interface (UI) and application programming interface (API) for both platforms, meaning that any changes to the code will affect both versions of the app equally. This makes it easy to maintain a single codebase while creating apps for both platforms and count the changes made from time to time.

For example, Flutter includes a hot reload feature, which allows developers to instantly update their code without having to recompile or restart the application. In addition, the framework is built on the Skia Graphics Library, which allows it to render UI elements with high performance and accuracy across platforms.

In addition to the above, many companies and development teams have started to adopt flutter as their preferred framework for cross-platform development. One such company that provides expert flutter development services is Hybrowlabs with a team of highly skilled developers. We offer a wide range of services including custom app development, flutter consulting, and flutter app maintenance.

In summary, Flutter is an open-source, cross-platform mobile development framework that uses a single codebase written in Dart and allows every other developer to quickly build apps of their choice for both iOS and Android devices. Its features, such as hot reload and Skia Graphics Library, make it easier and faster to develop apps with fewer errors.

What is React Native?

As we know, React Native is a JavaScript library developed by Meta that helps every developer to create powerful mobile apps for both Android and iOS. It can work with both existing codes and can adapt to new coding as well. When it works with existing code, it uses the same design, development, and debugging tools as other web applications.

React Native has a prominent advantage over other mobile app development frameworks as it allows developers to write their code in JavaScript. This language is widely known and used, meaning developers can easily develop apps using their existing skillset and they would not require any further knowledge than what is required.

React Native is also designed in such a way that it optimises performance while still providing access to all of the features needed to create a high-quality app.

The library also uses the same principles used in web development to allow users to customise their apps and make them their own. By using components, styles, and other coding standards, developers can quickly create an app tailored to specific needs.

Overall, React Native can become an ideal choice for people who are consistently looking to create high-quality flexible applications from scratch.

Flutter vs. React Native: The Pros and Cons

There are several pros and cons to both technologies. Let's look at the pros of flutter and React Native:

• It is open source and free to use.

• It offers faster development times due to its hot reload feature.

• It is based on the Dart language, which is easy to learn for developers.

• It has great support for custom widgets, including Material Design and Cupertino-style.

• It supports iOS and Android platforms.

• It is also open source and free to use.

• It is based on JavaScript, which is a widely used language among developers.

• It offers faster development time due to its hot reload feature.

• It has an extensive community and library of components.

Now Let's move forward with some stumbling stones, these technologies have:

• It has fewer third-party libraries than React Native.

• It can be difficult for developers to switch from existing frameworks to Flutter.

• The lack of backward compatibility might cause some problems when updating existing apps.

• It requires more code than Flutter for certain tasks.

• It does not offer as much flexibility when creating custom widgets.

• Debugging can be difficult due to the asynchronous nature of the platform.

Which Technology Is Better Flutter Or React Native?

When it comes to developing mobile apps, developers have long been divided on which technology is the better option. Both Flutter and React Native offer impressive capabilities that make them great choices for development. But which of these two technologies is better?

In terms of performance, Flutter is generally considered to be faster and more efficient than React Native. The reason for this is that Flutter uses a “hot reload” feature which allows developers to quickly make changes to their code without having to restart the entire application. This makes the development process much smoother and faster. Additionally, Flutter also has access to native components such as cameras, microphones, and other hardware components.

On the other hand, React Native is often praised for its ease of use and adaptability. It is written in JavaScript, a popular programming language, which makes it easier for many developers to learn. Additionally, React Native also offers access to third-party APIs, allowing developers to create powerful apps without having to write custom code for each feature.

Both technologies have their weaknesses. Flutter does not have any official support for cloud-based services like Firebase, while React Native does. Additionally, React Native has some security issues that can arise when using third-party libraries.

Overall, both Flutter and React Native are great options for developing mobile apps. Which one is better will depend on the specific needs of your project. If you need a fast and efficient platform that can quickly implement changes, then Flutter might be the right choice.

However, if you are looking for an easy-to-use solution with access to powerful APIs, then React Native could be the better option. Ultimately, it is up to you to decide which technology will be the best fit for your project.

Flutter is known for its fast development time and quick response time, thanks to its hot reload feature. This allows developers to quickly make changes and see the results on the device in real time. It also helps with bug fixing and debugging. As for React Native, it does have a decent response time but may take slightly longer to develop and debug than Flutter.

In terms of memory management, Flutter performs better due to its Ahead-of-Time (AOT) compilation technology which allows for compiled apps that run efficiently and save memory. React Native, on the other hand, still uses Just-in-Time (JIT) compilation which is slower and consumes more memory.

Overall, both React Native and Flutter are great technologies, but when it comes to performance, Flutter is the clear winner. It offers faster development times, a better memory management system, and more efficient apps. For developers looking for a smooth, high-performance experience, Flutter should be their first choice.

Which Language You Should Learn Flutter Or React Native In 2023? 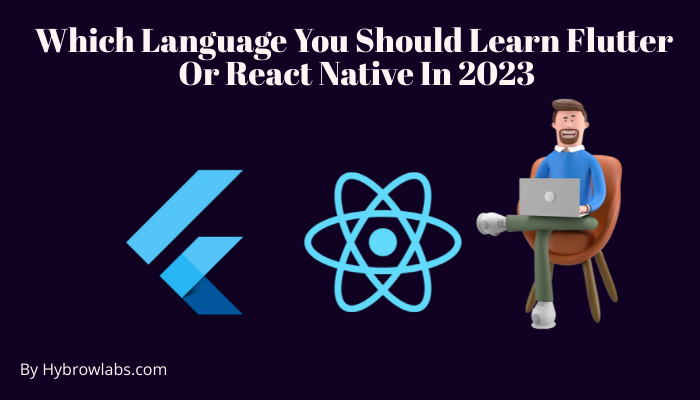 As the software development industry continues to evolve, the choice of programming language has become increasingly important. In particular, developers are wondering which language they should learn for mobile app development – Flutter or React Native.

Both Flutter and React Native are popular frameworks for developing mobile applications, but which one should you choose in 2023?

The answer depends on your needs. If you are looking for a more efficient platform with robust features, then Flutter is the way to go. On the other hand, if you want more flexibility and customization options, then React Native might be a better fit. Again Ultimately, the choice is up to you and your specific project requirements. Whichever language you choose, make sure to get familiar with the language’s features and tools so that you can develop your apps quickly and efficiently.

In the end, it all comes down to a matter of opinion. Some people swear by Flutter, while others are convinced React Native is the way to go. Both technologies are powerful and versatile, so it's up to developers to decide which one is best for their projects. It's safe to say that whichever technology you choose, you won't be disappointed. So, whichever way you lean, don't forget that you can always switch things up if you find that the other platform works better for you!

Be sure to check out the following link