JavaScript is a widely used framework for creating web applications. However, the selection process can be tricky as developers get access to more front-end development tools. 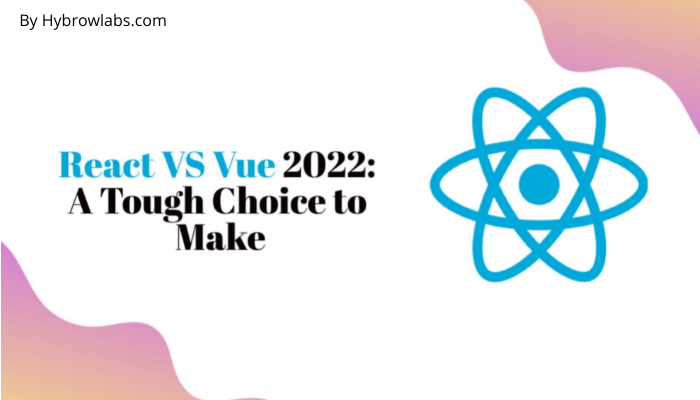 JavaScript has become one of the most popular and widely utilized frameworks for creating web applications.

However, quite manifestly so, the choice needs to be made based on the project requirements and the development team's expertise.

Today the battle is between the two most tough opponents; React and Vue. Both are well-known front-end JavaScript frameworks along with Angular.

Comparing React JS and Vue JS is challenging as both are highly efficient and offer venerable features, so the developer's job becomes easier while building web applications.

For instance, both frameworks are known for providing high performances and are easy to learn, etc.

In addition, both frameworks are extensively employed for designing user interfaces and working with the root library.

Also, they have similarities in reactivity and component-based structure. Another standard tool is found in the presence of a virtual DOM model.

Before we proceed, let's have a quick look at the stats regarding React and Vue.

As per the Stack Overflow Survey 2020, 68.9% of developers use React.js to develop web apps, and 66.0% of developers are developing web applications using Vue.js.

React is an open-source JavaScript library developed by Facebook and used for building User Interfaces. It is usually employed for building single-page applications.

You can also use it for making cross-platform applications, which means that it can also be rendered on the server side and working on the client side.

The React views are generally rendered using the components containing additional elements and specified as the custom HTML tag.

React.js is known to utilize the concept of Virtual DOM, helping it create a specific data structure to make changes and update the browser. It simplifies the coding and also allows developers to reuse the code for faster development.

Here are a few advantages of using ReactJS:

1. React is Easier to Learn

React JS is considered an easy programming language to learn in compression to other front-end frameworks, specifically for new developers. You need to have a basic knowledge of HTML and CSS.

2. It is a Simple Framework

Compared with other front-end frameworks or libraries, React can be considered simple and has a well-defined lifecycle with a component-based approach. It uses a unique syntax known as JSX, which lets it use both JavaScript and HTML.

It allows the developers to reuse the code components of various levels while working on the project.

4. Data Flow in One Direction

With React JS, the data flows in only one direction: download. The advantage is that the more minor data does not affect the larger data, making the changes rapidly without any hassles. The state of the object gets updated and modified.

React JS has succeeded in breaking the conception that JavaScript frameworks are usually not SEO-friendly. As said, React can work on the server side, and the Virtual DOM is rendered on the browser as a regular web page.

Vue.js was just introduced after React.js in 2014, and since then, it has become one of the most prominently used Progressive JavaScript frameworks worldwide. 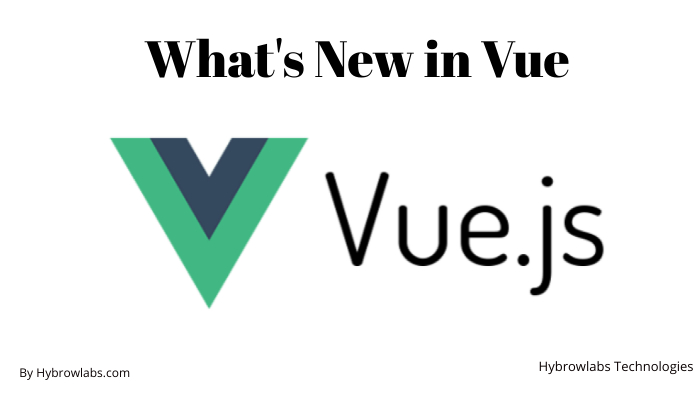 It is also a popular framework for building User Interfaces like React. The core library only focuses on the view layer, and you can create engaging single-page web applications with it.

Here are a few benefits of using Vue.js:

One of the significant advantages of Vue.js is that it has a smaller file size, which comprises only about 18KB to 20 KB. It allows the users to segregate the template-to-virtual-DOM compiler and the run time.

2. Easy to Understand and Develop

Vue.js is easy to understand as it is blessed to have large-scale templates. It also saves a lot of developers' time as well. It also has an uncomplicated structure, and you can easily find errors in the blocks.

One factor distinguishing Vue.js from other frameworks is that it can be used for developing single-page applications and contributing the components to existing apps. It comprises component logic and structure and allows them to contain in one file.

This is one area where Vue.js excels over React JS. It is known for its comprehensive documentation. You need basic knowledge of JavaScript and HTML if you are a starter.

The JSX, ES6, routing, and bundling provide flexibility to the Vue.js framework, and the developers working on other JS frameworks can easily switch to Vue.

6. The Facility of Two-way Communication

Vue.js, like Angular, offers the advantage of two-way communication that helps in speeding up HTML block handling. In addition, it also supports the one-way flow as well to help to work with different components.

React vs. Vue: The Detailed Comparison

Both popular JavaScript technologies have their pros and cons. But there are some areas where one supersedes the other. So, let's find out which is best: React or Vue in 2022.

React provides a foundation of essential features, but to access its complete potential extra tools may be needed, allowing developers to customize their workflow.

Libraries can be used to solve many of the following problems:

Vue, unlike React, gives the developer a richer set of standard tools. This allows you to solve the same problems that the React ecosystem usually solves using third-party libraries.

Starting performance for React vs VueJS

The size of the code bundle determines the web app loading time made up of both your code and the framework code.

For small applications, Angular may be larger than React or Vue. However, all three technologies for complex programs should result in similar code sizes, meaning similar loading times.

Regarding the size of JavaScript code, both Vue and React are similar. React is slightly heavier than Vue, weighing in at around 100Kb. However, when implementing certain features such as routing, React requires third-party libraries, which can add to the project's overall size.

On the other hand, Vue is much lighter than React and does not require additional libraries for its features. This makes it an excellent choice for web projects that need to be lightweight and performant. Additionally, Vue has a smaller learning curve than React, making it easier for developers to get up and running quickly with their projects.

When it comes to scalability, React has the edge over VueJS.

React is more popular than VueJS in the market, which makes it easier to find developers who are already familiar with the

Comparing Vue and React for Desktop and Mobile Development

React proposes an uncomplicated solution; React Native enables developers to build native apps for both iOS and Android with a shared codebase.

Vue works with Weex, an Alibaba Group-built UI framework that allows you to write the same Vue code for browsers, iOS, and Android.

Weex is still in development and not as developed as React Native. In addition, there is a NativeScript plugin for building native applications with Vue.js, referred to as NativeScript-Vue.

When it comes to ease of learning, React, and Vue both have their advantages. React is a popular JavaScript library that has been around for many years and is well-documented. It requires basic knowledge of JavaScript and HTML but can be difficult for beginners due to its complex syntax.

On the other hand, Vue is known for its comprehensive documentation and easy-to-understand syntax. It also requires basic knowledge of JavaScript and HTML but is much easier to learn than React due to its intuitive design. Additionally, Vue offers more flexibility than React with features such as two-way communication, JSX, ES6 routing, and bundling. This makes it an ideal choice for developers who are already familiar with other JavaScript frameworks or want to get up and running with their projects quickly.

Places where Vue is better than React

Where React Proves to be a Better Choice

So, the final question that comes to mind is which one to choose; ReactJS or VueJS in 2022. But to tell you the truth, it would be challenging to find a suitable answer as both are strong contestants.

These days it's hard to decide which is better as an application made in both Vue and React performs excellently. From the developer's perspective, VueJS is relatively easier to learn than ReactJS.

What is the difference between ReactJS and VueJS?

Which is more popular: React or Vue?

Based on Stackoverflow and Google Trends, React has gained more popularity than Vue, whereas, on Github, the stars of Vue overtake the stars of React, which means both are popular.

When to use Vue vs. React?

Vue is a framework, whereas react is a library. The usage of these languages depends on their project requirements.

Vue is an excellent choice for developers who want to create lightweight applications with an easy learning curve. It is also suitable for building simple and fast web apps. On the other hand, React is ideal for developers who create complex applications requiring more flexibility and scalability. React offers better technical support than Vue, making it an excellent choice for larger projects.